This was the first time since 1965 that invasive archaeological fieldwork had been undertaken at Hinton St Mary, when the famous mosaic was lifted

The evaluation trenches were located for two main reasons:

The evaluation revealed that: 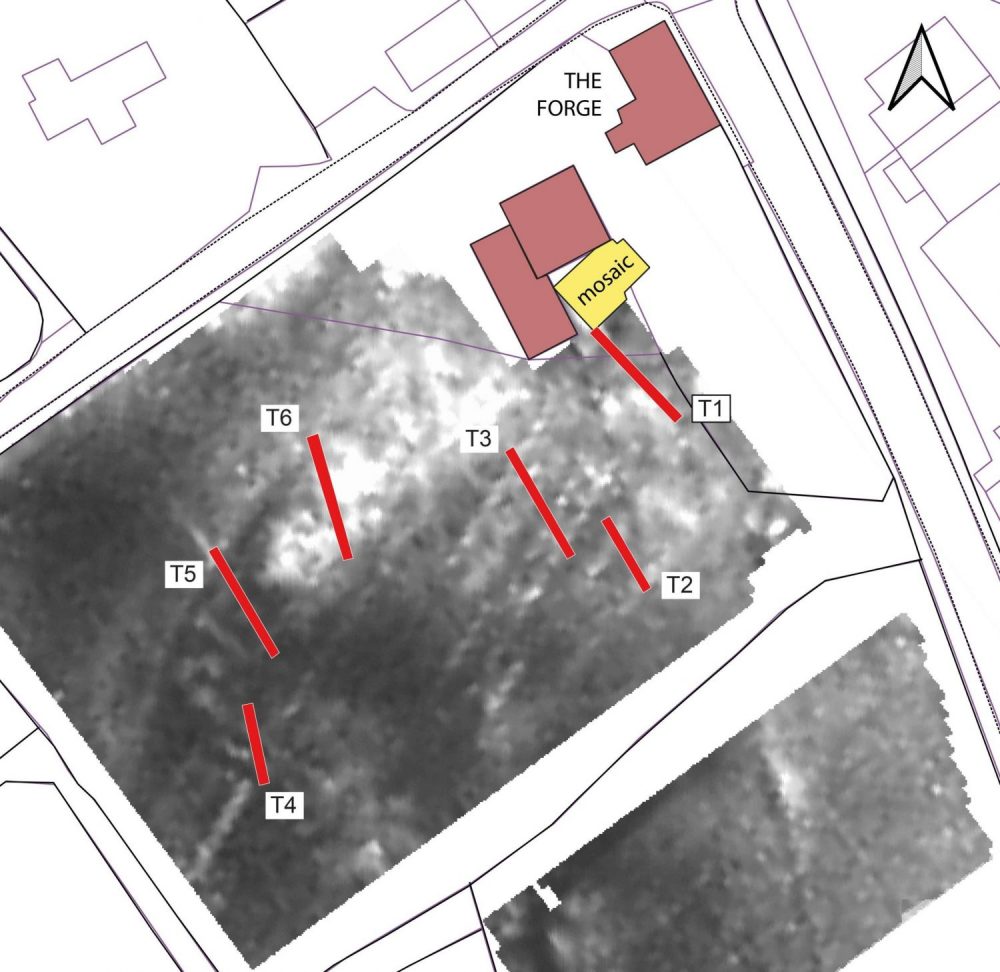 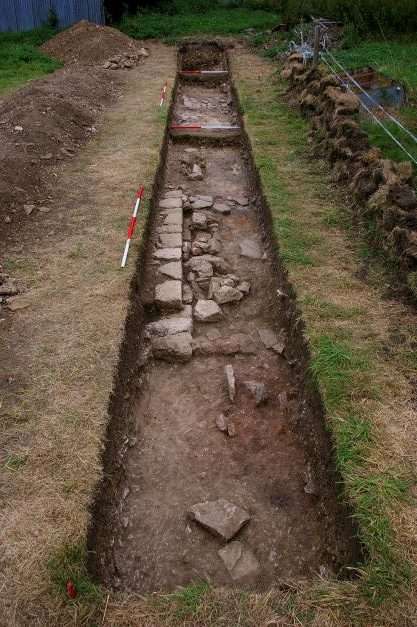 The archaeological remains encountered in the evaluation trenches show that the accepted reconstruction of the plan of the buildings is incorrect and needs to be reconsidered (indeed, it is no longer certain that the mosaic was part of a building we can safely call a ‘villa’). Trench 1 intersected with the 1965 trench to lift the mosaic, but also located the lower courses of a wall bonded to the foundations of the mosaic room that extended for at least 14 m to the southeast

This was probably the building’s front wall, possibly a colonnaded portico with a step from a courtyard to the north, or a boundary wall, confirming that the mosaic existed as part of a larger building complex built in a single episode. Initial examination of the coins and pottery suggests that this took place no earlier than the late 3rd century and that occupation continued at least to the end of the 4th century

The other 5 trenches were sited on the downward slope to the south-west of the mosaic, positioned to examine the buildings previously identified as possible wings. No evidence of villa-type buildings or structures was revealed anywhere, although Trench 4 confirmed the presence of a north-south ditch (whose fills produced 4th century pottery and painted wall plaster) at the southern end of the field. Trench 5 revealed a substantial 18th or 19th century stone-built field drain (no sign of which had appeared on the geophysics), while a Roman-period ditch and a modern land drain were found in Trench 2 (which might have been imaged on the geophysical results)

Otherwise, only Trenches 3 and 6 produced evidence for Roman occupation, but in both cases this consisted of solid stony and cobbled layers that give the impression of yard surfaces, or the hard-wearing floors of stables, animal sheds and other agricultural buildings. A covered drain contemporary with these layers was excavated in Trench 3 and thick mortar deposits in Trench 6 suggest an internal space of some kind in this part of the field,  but no evidence for masonry walls was found in any of the trenches. Nor was there any sign of significant ploughing that might have removed walls and their footings 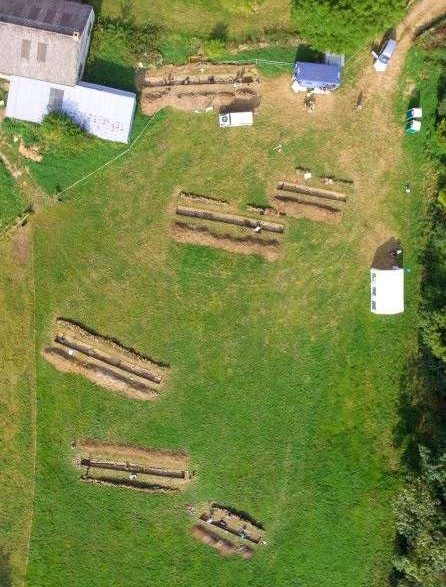 The evaluation project has confirmed that, if the mosaic had been part of a ‘villa’ building, it was not of a courtyard villa as Kenneth Painter originally proposed. All we can say for certain at the moment is that the famous mosaic decorated the floor of a room attached to  a long narrow building that was built on previously unoccupied ground. If the building had wings, they must have been outside the scheduled area, but it is also possible that the ‘villa’ was actually aligned the other way around, so that any wings and courtyard associated with the mosaic building could have been located to the northeast rather than the southwest

Further geophysical surveys are planned at the site and we are exploring follow-up excavations that will hopefully answer some of the many questions that remain about the history of the mosaic, the buildings to which it belonged, and the people who lived with it

The evaluation excavation was a collaborative research and training project led by Dr Peter Guest (Vianova Archaeology & Heritage Services), Dr Richard Hobbs (The British Museum) and Mike Luke (Albion Archaeology). 15 undergraduate archaeologists from Cardiff University joined the excavation, as well as a number of volunteers. We are very grateful to the residents of Hinton St Mary for their interest and support during the 2021 season. The project’s formal Assessment Report is available to download here